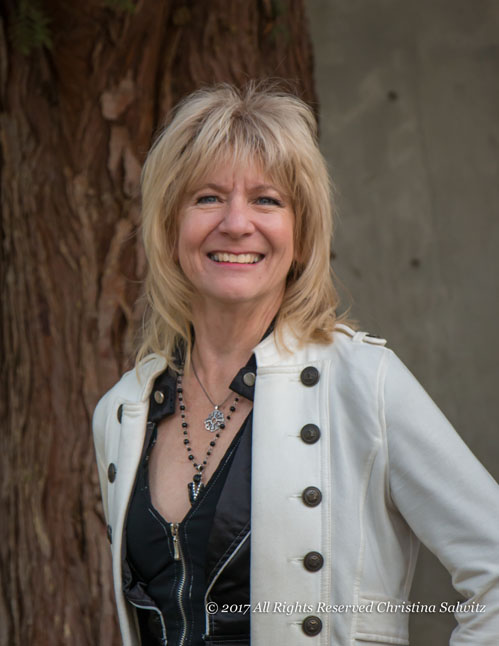 I guess I was destined to be an entertainer. I was born in Japan and grew up in Seattle, WA., the youngest of four kids. When I was little, I loved to sing, dance, play dress up, create songs, plays, dance steps, games and fun shows to perform. Sometimes I'd put on little shows with other kids in the neighborhood, just for fun.The first show I was involved in, outside the neighborhood, was with a ballet class at the age of six. Later, in fourth and fifth grade, I was part of a square dance group that performed for senior homes and school events.

We always had a piano in the house. My dad played some. We also had a guitar. I played around with both of them. I even wrote a couple songs back then. Nobody knew that. Around fourth grade I was given piano lessons. It turned out to be one of the best things for me and I'm eternally grateful for that.

I’ve always liked to sing. In seventh grade, two of my friends and I were part of a school talent contest. Two of us sang and one girl played the piano. We were ”The Three Cuties“. I also carried signs between acts. That was fun! Showbiz was calling to me!

I dabbled a little with violin in grade school and stand up bass in junior high school. The upright bass was so tall I had to stand on a box to play it. I think I must’ve been the comedic element of the orchestra because they put me right where the audience could see the box on which I stood.

The first year of high school I took acting. That was my favorite class. As an adult, I would later study with the Lee Strasberg Acting Workshop in Seattle for a while. I‘ve always been a performance skill builder and believe in giving myself options to diversify in my talents. Still, music and dance have always been my first inspiration.

Around that time I had gotten to know a piano player who introduced me to Jazz music from the 1920’s to the 1940’s. Having grown up in a family that was into Rock, Blues and Folk, along with the Jazz influence and my own musical discoveries, it was a good beginning for what was to come.

After high school, I moved to Mt. Vernon and got my first paid band job in a country group called “Ernie Tyree and The Blue Tones“. At that time I sang and played tambourine. That was the beginning of my country music education. They taught me classic songs from Patsy Cline, Hank Williams, Loretta Lynn, and Johnny Cash/June Carter Duets, to name a few.

I also worked some gigs with a few other bands in the Skagit Valley, WA. area. It was in one of those bands that I first played keyboards on stage. The band business can be fickle and in this case, the group disbanded. I moved back to Seattle to try my luck there.

In Seattle, I became part of a band called Alley Cat. We were described as melodic rock and roll. We performed in the greater Seattle area, doing cover tunes and originals. I sang, played percussion and some rhythm guitar. As often happens, this group disbanded, too. Still, I was determined to keep working on a singing career.

In 1979 I met Bruce Burwell, a keyboard and guitar player, who taught me a lot about playing, and would later become my husband. We performed together for many years, touring all over the Northwestern U.S. including Canada and Alaska, as the duo “Gemini” and with other musicians in the form of bands and trios. I was able to hone my skills as a performer, a singer, a keyboard player and I played drums for a while. In the 1980’s, I took voice lessons for a while from a well known Seattle voice teacher named George Peckham, who really helped me save my voice when I had injured it. He got me back on track for performing. During those years, Bruce and I acquired some quality recording equipment and spent a lot of time writing and recording. I will always be grateful for the experience and knowledge gained through those years, even as the marriage dissolved. Life happens!

In 1993/1994 I had the privilege of playing in a Latin band called “Fulanito y su Maquina“. Once again I was going to school. This time it was in Latin music. I played Keyboards, Percussion, and sang background vocals. We performed in the greater Seattle area, including the Folk Life Festival. This too, was a wonderful experience.

In 1995 I started doing a solo act. It was a new challenge, after having worked with others for so many years. Fortunately, I was able to make it work for me. It felt good to know I could do it, but I still prefer working with someone else. I was happy when Roger called me to become part of Black Velvet. We’ve been playing together ever since, fell in love along the way and were married in 2002 in Scotland.
In Dec. of 2004 we finished recording our first original music C.D. called “Recollections“. It’s been a fun and interesting journey so far. On we go with optimism for the future.

The music business has its ups & downs, but it is, and has always been, something I need to do for me as a person. Fortunately, the audiences have enjoyed it as well. Playing and performing is therapy for those of us who are called to do so, and I still enjoy it. There is nothing like being into the music, on stage, while sharing with an audience. I believe I’m hooked for life!